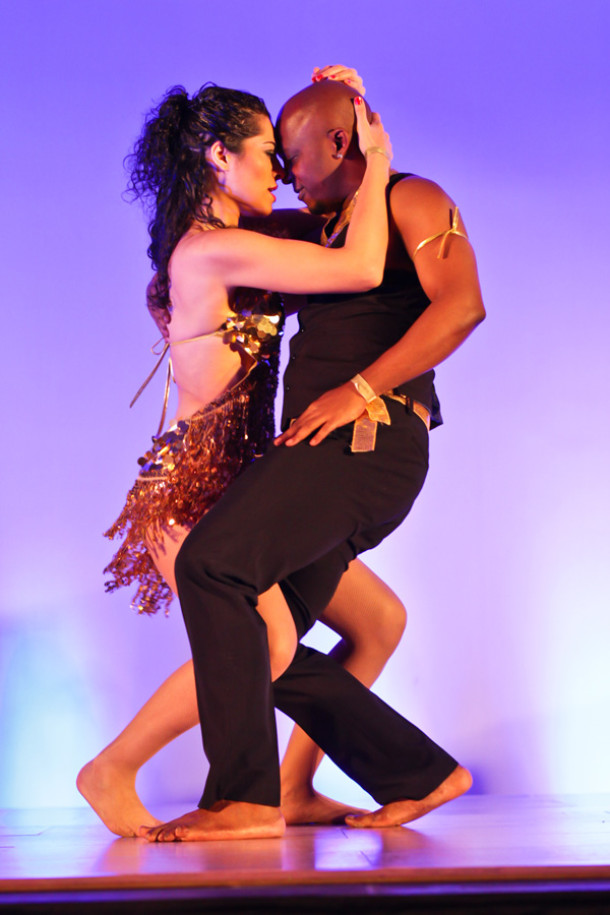 Simon Ofoborh a.k.a Lord Bachata has been dancing and entertaining since he was 8 years old.  Disco and Brake Dancing was previously his fortes.  His dancing continued on a more serious level throughout his teenage years, directing and leading various dance projects, including recreating Michael Jackson’s Thriller routine.  He also had a passion for Gymnastics and Swimming which he participated in alongside his dancing.

Simon took his first Salsa class in January 2004 and still loves it.  He spent the first 14 months just learning and social dancing, getting to know what salsa was all about. With almost two years of Salsa under his belt, he developed into a smooth dancer with a very precise lead.  That same year he discovered Bachata which he loved and was shortly recognized for his sexy and funky style.  In 2006 he was placed in the top 3 at the British Amateur Salsa Contest.  In 2007 he won the European Open Bachata Championship with former Dance Partner (Angelique Sinclair of Seraphim Dance UK) at the UK Salsa Congress.  A year later, he discovered Bachatango and joined forces with Natalie Watterson for one year. At which time, they performed at various events and festivals around the UK.  In 2012 Simon entered a new partnership with one of his up and coming students, Nelix

He runs alongside his partner, student performances and has a semi-professional group known as (Lord Bachata Dancers).  They take their workshops and performances around the UK and Europe.  Simon and Nelix have worked at congresses and events with the likes of Mambo City, The Latin Collectve, I Love Bachata (2 Sexy Dance Festival), love2Salsa (Salsa Kingdom) and many more.