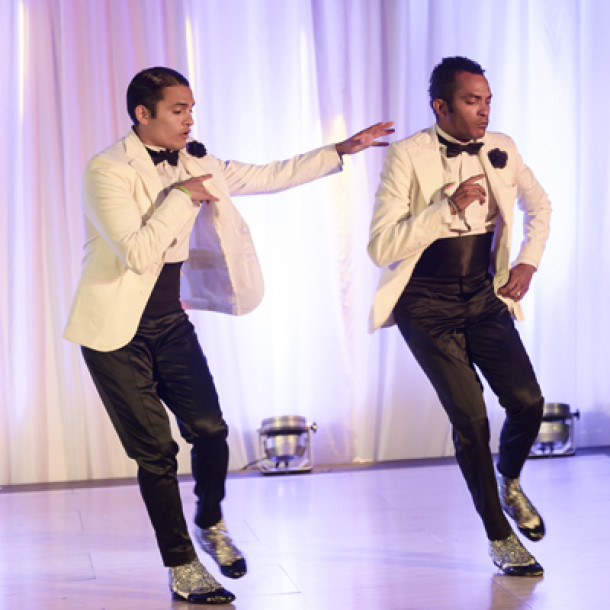 There is some debate whether Salsa and Mambo are the same dance. However, if we get technical, we could argue that Bolero, Rumba, Son, Mambo, Salsa, Cumbia and others often appear to be the same dance. The fact is that in modern music each dance often includes musical segments from other dances and so, one dance borrows moves from another. Eventually the moves merge – so each dance often appears to have vaguely similar timings and steps, but in a pure piece, the mood of the music, the rhythm, the tempo and the dance technique for each is different. So, don’t let people confuse you with technicalities! Each of these dances has a uniqueness of it’s own! You might be able to transfer many moves from one dance to another, but there are many instances, where the tempo suggests footwork and moves that just don’t work anywhere but in that one dance.
Cha Cha is a reinvention of the Mambo, and there are many musical arrangements that beg for both dances to be performed in the same piece of music. Sometimes, it is a Cha Cha piece that has a Mambo interlude and sometimes it is a Mambo piece with a Cha Cha interlude. So it is really worth while knowing how to do both! The same can be said for Mambo and Salsa. The biggest difference between Mambo and Salsa is that, rarely can you Salsa to contemporary North American Music. In contrast, there are lots of tracks that beg you to do the Mambo!
Despite it’s African resonance, the mambo can be traced back to an unexpected source, English country dance, which in the 17th century became the contredanse at the French court and later the contradanza in Spain. In the 18th century the contradanza reached Cuba where it was known as danza and became the national dance. In the 19th century, with the arrival of planters and their slaves who fled from Haiti after it became independent, a particularly spicy syncopation called the cinquillo was added to the danza (tango derived from the contradanza also has this cinquillo).

Through this time, the Native African Folk Rumba which is essentially a sex pantomime danced extremely fast with exaggerated hip movements, was merged into the contradanza to form Son and by the end of the 19th century the formality of the contradanza was replaced by freer, more spontaneous dancing. This new kind of music was known as danzon.

Danzon became the dance of wealthy Cuban Society. Son was popular amongst the middle class and Rumba, well the American’s popularised it by turning it into a modified version of Son. The Danzon through creative imagination and musical innovation gave birth to Mambo and later Salsa.

The danzon had several sections, one of which was a lively coda which musicians soon got in the habit of improvising. It was played by brass bands or tipicas, which gave way in the 1920s to lighter combos known as charangas. These featured violins, sometimes a cello, a piano, a guiro (a grooved calabash scraped with a comb), a clarinet, a flute, a bass and double drums adapted from European military drums.

Charangas, notably that of the flautist Antonio Arcano, flourished in the late 1930’s. In 1938, Arcano’s cellist, Orestes Lopez, composed a danzon he called “Mambo,” and in the coda Arcano introduced elements from the Son, a lively musical genre from Cuba’s Oriente province. As a signal to band members that they could start their solos, Arcano would call out, “Mil veces mambo!” (“A thousand times mambo!”). In the Latin American music known as salsa, the mambo is a theme that is played in unison by the rhythm section and serves as a transition between two improvised passages.

In 1959 Fidel Castro’s revolutionary forces took control of Cuba and many composers and musicians fled to America. In New York, the music of Cuba became inextricably mixed with the musical variations of Puerto Rico and American popular music. New styles of music, by new types of groups hit the Latin Club scene. New instruments were introduced and new sounds produced, giving a wild new interpretation of the Mambo. Trombones found a place besides trumpets, making the sound more brassy. The traditional instruments were relegated to supporting the rhythm sections. The music was wild and classy and extremely popular. Then, with the advent of the Beatles in the 1960s, the bubble burst and the popularity of Latin Music declined throughout North America and Europe. Something had to be done to revitalise interest in Latin Music! So, in the early 1970s, Fania records needing a way to promote their artists and music, started to think about the problem. They needed a name for their product. Something that captured the markets attention! “Salsa” was born!

Development of the music and dance continues but is no longer restricted to the creative talents of musicians from the Caribbean, Miami or New York. New bands and musical variations have origins in Colombia, Europe, Australia and Japan.

Mambo, Cha Cha and Salsa are referred to as Latin Street Dancers simply because in their “non-ballroom” forms there is no formalisation in these dances. After you have mastered the basic moves (see my articles), you are free to invent moves that match the music. So there is no right or wrong way to dance these dances and there are only two rules – have fun and keep to the rhythm!

If you have anything to add or even if you disagree please add your comments below.