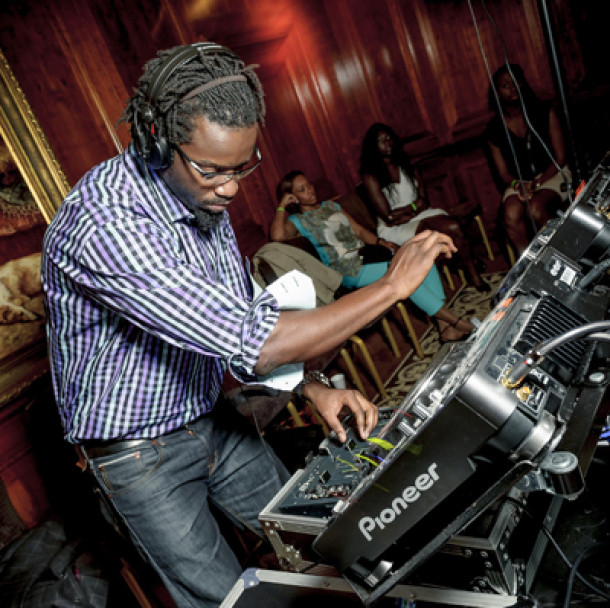 DJ To’ Costa was born in Luanda, Angola and developed his taste for music and dance at an early age. His first influence of music came from his grandmother, who used to play the “Batuke” in one of the biggest carnival groups in Angola. His second influence came from listening to his mother’s records and her favourite singer Roberta Miranda from Brazil as well as listening to UB40 and Bob Marley and the Wailers.
His interest in becoming a DJ arose when he used to frequent the local matinee and he fell in love with mixing beats. However, this interest was not to surface properly until he left for Lisbon and visited the best Afro club there, Kandando and heard the unique DJ Joao Reis. From that moment on he knew he would be a DJ. He collected a vast number of vinyl, CD’s and tapes, increasing his knowledge of Afro as well as European beats.
His first opportunity at DJing came in London at a club named Sabura, which was run by the famous DJ Gerson Marino. From then on things snowballed. During his 16 years career as a DJ he played in various clubs in London varying from the best Afro-Luso clubs in the UK to mainstream clubs in central London.
Throughout his career he also participated in some music production, collaborated with DJ Joka Moreno as well as co-wrote some music.
Currently he DJ’s at Gem Bar (chocolate tuesdays) (Beak street- London) , and at the Slug and Lettuce (Beckenham) . He also has a passion for teaching Kizomba and currently teaches at the Slug and Lettuce (Beckenham)

His aim is to take Kizomba to the mainstream dance scene in London.