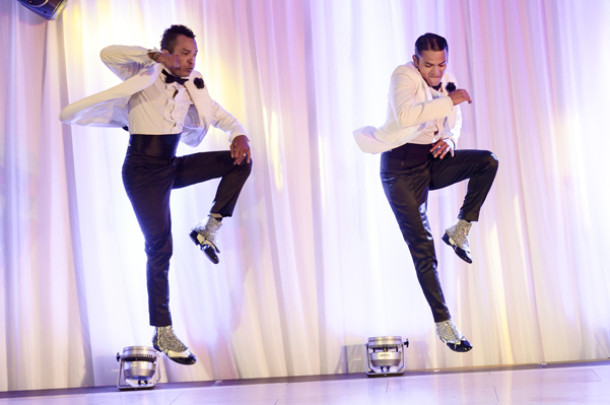 There is a lot of misinformation on the internet about the story behind Mambo, Cha Cha and Salsa. Most notably that the music and dances originated in Cuba and migrated to New York and then to the rest of the world. In a lot of ways this is true but the story of the creation of the music and the dances is a little more complicated than this simplistic history.
An often omitted point, is the impact of Peurto Rican migration to New York throughout the 20th century (particularly in the 1940s and 1950s) and the Cuban migration (especially in the the 1960s) and the merging of their homeland music with the jazz of the Afro-Americans which contributed significantly to the development of Salsa music and the making of it popular throughout the world. The roots of much of the music might be traced back to Cuba but as a form of popular dance and music the Mambo, Cha Cha and Salsa are North American innovations born from Latin migration to North America (particularly New York) and an inter-mixing of musical styles from many parts of the world (especially jazz).
The history of Latin music and dance which became popular throughout Europe and the Americas in the 20th century dates back to the 18th century. However, in Cuba these musics underwent a transformation in the 19th century which made them unique and although there may have been contributions from other parts of the Caribbean, Cuba is seen as its birth place.

By the middle of the 19th century Cuba had become the cultural center of the Hispanic world and the most economically prosperous of the Spanish colonies. Within this context several events contributed significantly to the development of a uniquely Hispanic style of music – the British occupation of Cuba (1762-63) which led the Spanish government to remove the restrictions it enforced to prevent it’s colonies from freely trading and associating amoungst themselves; the Haitian slave uprising (1791-1804) which caused the French and Spanish plantation owners on the island of Hispanola to flee to Cuba; the establishment of sugar plantations by the emigres; the increased need for slaves (86% of slaves were imported after 1790); the traditional willingness of the West Africans to sell their enemies into slavery; the 1812 uprising to overthrow slavery in Cuba, the abolition of slavery in Cuba in 1886 and finally the USA’s military occupation of Cuba from 1898 to 1904.

However, the most significant event that allowed the music and dance to develop occurred at the beginning of the 19th century when the Spanish authorities allowed the slaves to establish “Cabillolos” (councils) which initially were based on groups by “African nation”. This allowed the slaves to preserve and merge their traditions with the Spanish and French influences they encountered! From this time forward the music and dance has been developed, redeveloped and innovated upon giving us Danzon, then Son and then Mambo, Cha Cha and today Salsa.

Mambo, the music, as we know it dates to about 1938 when Oresta Lopez composed a danzon he called the “Mambo”. He combined danzon with African rhythms from the street. The dancing itself came out of rehearsals where couples improvised steps to the new beat. In the 1950s, Mambo was popularised as a specific musical genre when Perez Prado began to market his music under the name “mambo” – he was the first and many others followed. Prado took his music to New York via Mexico and basically commercialised the music by changing it to suit his “white” audience. If you listen to Prado’s music and compare it to other Cuban artists of the day you’ll find it contains a lot of influences outside of the Cuban tradition and to my mind is lacking something – emotion. Still, it must be recognised that it was he who first popularised the music in North America and Europe.

As Mambo music and dance developed, musicians experimented with new beats and tempos, the Mambo underwent subtle changes. Triple Mambo was created (get a hold of Bei Mir Bist Du Schon/La Furiosa by Jack Costanzo & Don Swain and you’ll get an idea of how fast a cha cha can be!). This new dance used Cuban side steps. The scraping and shuffling of the feet in these steps produce a sound, that sounds like “Cha Cha Cha”. Arthur Murray (of Dance Studio fame), simplified the dance by dropping off a Cha and inventing the 1, 2, 3, Cha Cha – he thought the modified step would be easier to learn. Once Arthur Murray converted it, so it was easier to learn, the Cha Cha became slower and more methodical.

The liner notes to Don Swan’s 1950s album “Mucho Cha Cha Cha” says – The Cha Cha Cha is a derivitive of two Latin American dances; the Peurto Rican Danzonette and the Cuban Danzon. However, the Cha Cha Cha distinguishes itself from all the other Latin dances by a vocal trademark; namely voices singing in unison with no vibrato. This new dance craze was created and introduced in the United States by Minon Mondajar in 1949…Tempo wise the Cha Cha Cha is diversified, savory and inviting in its various forms…Bolaro Cha Cha Cha, Mambo Cha Cha Cha, Danzon Cha Cha Cha and perhaps even a Samba Cha Cha Cha…brass, strings or reeds are used melodically and in rhythms against a solid Latin rhythm section with voices in unison predominating throughout.”

The charanga orchestras in Cuba were quick to catch on and intrepret and refine the new styles of music developing in North America. In 1951 Cuban violinists Enrique Jorrin developed a beat with a medium rhythm that was very recognisable and not too frenetic. His idea was, that music be created so anyone could dance to it. With a defining beat and Arthur Murray’s simplified steps, Cha Cha with it’s characteristic hiccup on the fourth beat, became an enormously popular night club dance throughout the 1950s and up until the 1960s when it was dethroned by the pachanga and then the boogaloo (see Ricky Martin’s 1999 video clip for Livin’ La Vida Loca). Around this time, the DJs in the Latin Night Clubs would sing out salsa, salsa. Spice it up! Spice it up! The Salsa became the vogue. Salsa the dance is to Mambo, what Rock’a’Billy is to Rock’n’Roll. Salsa tends to be faster and more dramatic than Mambo, with the result that an extra step (a tap) was added to the Mambo to stop the dancer from moving off the beat.

The African rhythms in Cuban music came from the Yoruba, Congo and other West African people, who were transported to the Caribbean as slaves. They used them to call forth various gods. Cabillolos still exist in Cuba to keep alive various rhythms for over 200 different African gods. Mambo means “conversation with the gods” and in Cuba designates a sacred song of the Congos. The Congos absorbed a variety of foreign influences and the mambo drum rhythm became a cocktail of Bantu, Spanish and Yoruba. Coupled with Western Jazz, this beat provided the basis for the creation of the Mambo and then the Cha Cha and Salsa.

In Haiti, the “Mambo” is a voodoo priestess, who serves the villagers as counsellor, healer, exorcist, soothsayer, spiritual adviser, and organiser of public entertainment. Master the dance and you’ll find yourself in “conversation with the gods”.