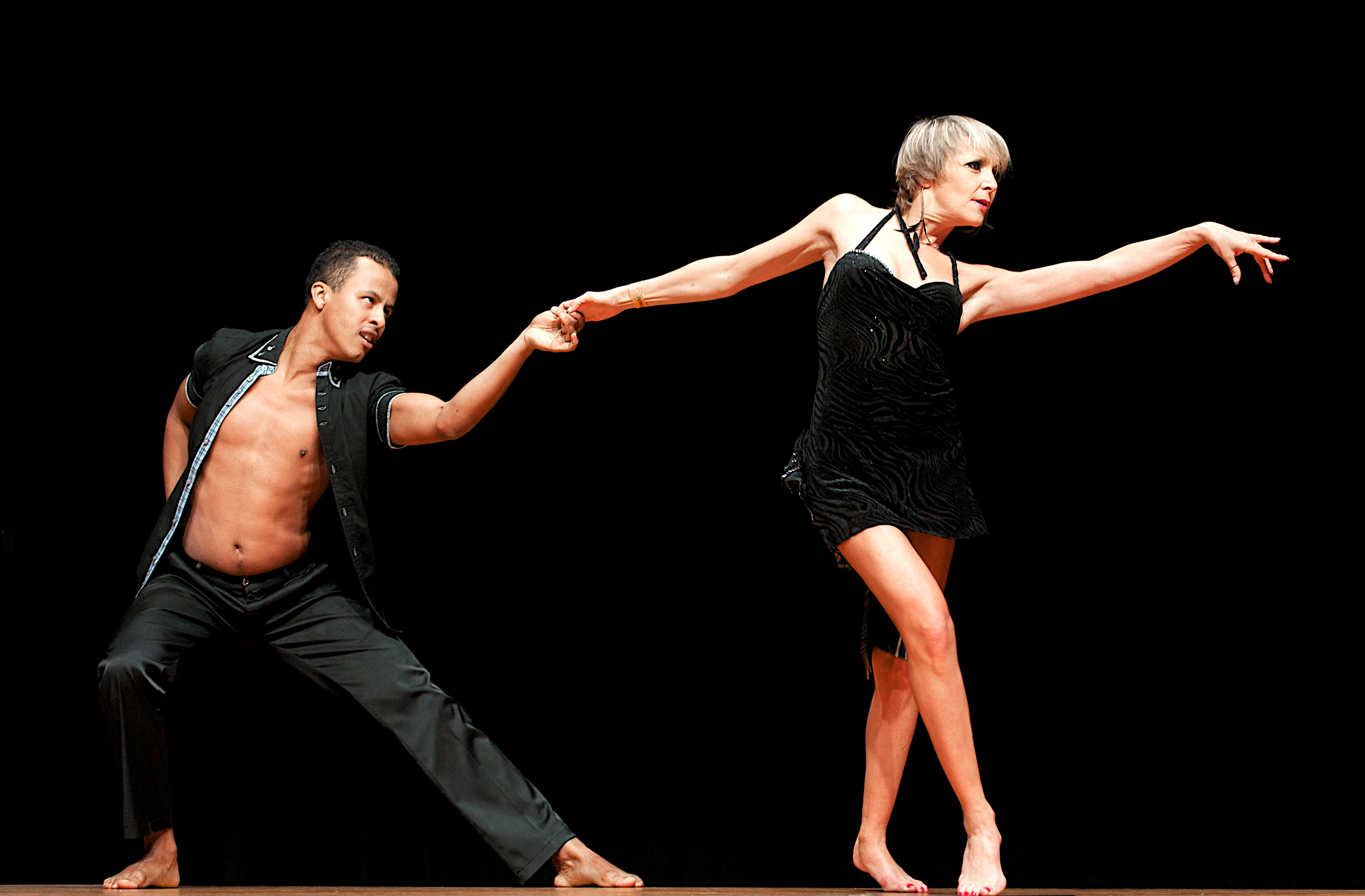 Performer/Teacher and Founder of the African Jet Dance Company

Tarek started to dance salsa when he moved to Italy and found he had a passion for the L.A style of salsa.  Which he then began to study profoundly.

After a couple of years he decided to form his own group African Jet.

He then went on to choreograph many different shows. Which have been performed all over the world.

He is known for his positive and vibrant energy which is reflected on and off the dance floor.  And his fun workshops with crazy hand tricks and musicality.

To this day Tarek and the group AFRICAN JET have performed  and taught In over 45 different countries and are well known for there unusual choreography.

Debbie started dancing Latin and Ballroom in England when she was a child. Which took her to compete at a professional level and win many competitions worldwide.

She then moved to Italy where she learnt to dance salsa and was so inspired by the drive and energy of the Salsa scene that she began studying the different styles using her background of technique and adding something different.

She was then noticed by Tarek who asked her to join his group African Jet. Which then started her career in the salsa world. Dancing at many Salsa Festivals around the globe.

Debbie’s style, sensuality and passion on the dance floor has led her to become a recognised Female Salsa Dancer.

Debbie has performed and taught  in many different countries and is known for her feminine style of dance and fast spins.